When I tell people that I think the United States can stop using coal and gas to generate electricity by 2030 (see “All In”), even some of my fellow environmentalists sometimes raise a skeptical eyebrow. True, it doesn’t sound like very much time. But it’s actually longer than we needed to go from Sputnik to conceiving, building, and landing Apollo 11 on the moon.

I’m not saying it will be easy—but it’s most certainly achievable. That’s because, unlike with the Apollo program, we already have the technology: clean, renewable energy. Wind and solar have lifted off and will soon achieve escape velocity.

I understand the skepticism, though, because it’s easy to forget how fast new technologies can spread. At the start of the 20th century, automobiles were exotic and prohibitively expensive. But by the time Henry Ford stopped manufacturing Model Ts in 1927, he had sold 15 million of them, and lowered the price by two-thirds.

What will drive the spread of clean energy technologies is not just that they are cleaner, healthier, and safer. As with the rapid adoption of the Model T, it will be economics. Right now, we can’t afford “business as usual.” The International Energy Agency estimates that for every year the world delays taking significant action to curb climate change, we will have to spend an additional $500 billion down the road.

The specific economic risks posed by climate disruption were laid out in detail this summer in a report from the Risky Business Project, co-chaired by former New York City mayor Michael Bloomberg, retired hedge fund manager Tom Steyer, and former treasury secretary Henry Paulson Jr. (Bloomberg and Steyer have donated money to the Sierra Club through their charities.) Regarding real estate alone, it predicts that if we continue on our current path, between $66 billion and $106 billion worth of existing coastal property will be under the waves by 2050, and up to $507 billion worth by 2100.

Extreme weather is already having an economic impact, which explains why a majority of small-business owners support federal limits on carbon emissions from power plants. The main opposition, not surprisingly, comes from fossil fuel industries. ExxonMobil CEO Rex Tillerson admitted at a recent shareholder meeting that climate disruption is real, and that the effects will be severe, but maintained that it was essentially a “risk-management problem.” In other words, ExxonMobil will extract every ounce of oil and gas it can—if we let it.

Another economic reality is that renewables are becoming cheaper much faster than anyone guessed was possible. In just the past three years, the price of solar panels has dropped by more than 60 percent and the per-megawatt-hour price of wind has fallen by more than 40 percent. In places like Oklahoma, Texas, and Colorado, wind is cheaper than both coal and natural gas. As clean energy achieves greater economies of scale, this trend will accelerate.

Are there still technological and economic challenges? Absolutely. For example, our current power grid wasn’t designed for renewables. The up-front costs of modernizing it will be substantial—although the payoff is free fuel forever. And let’s not forget that we have to make the transition from dirty fuels while keeping the lights on for everyone and supporting workers in the communities most affected by this transition.

We can do it, though, and not just because we have the technology and economics on our side, but also because we have the will. The EPA’s new standard to cut carbon pollution has overwhelming popular support. Polls show that 70 percent of U.S. adults agree that the federal government should limit “greenhouse gases from existing power plants in an effort to reduce global warming”—a majority that holds whether you ask Democrats, Republicans, or independents.

As President Obama told an audience of new college graduates this June, “You’re going to have to push those of us in power to do what this American moment demands.” And push we shall. 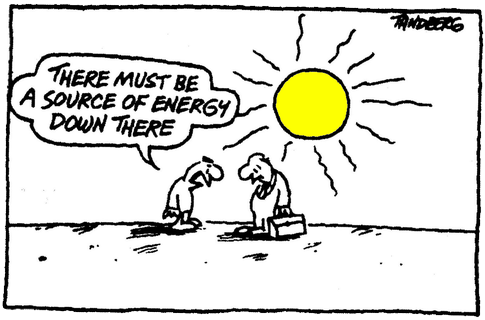