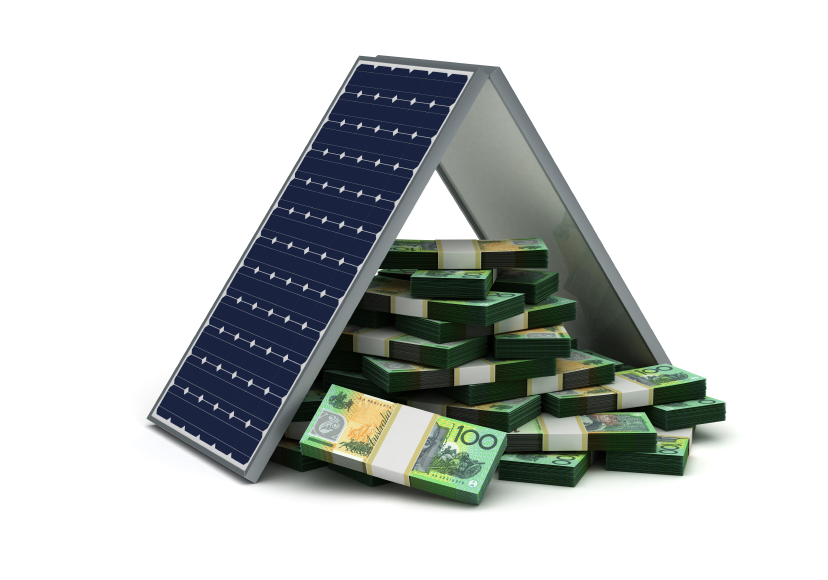 There are close to 171 banks operating in India with 76,000 branches and over 12,000 NBFCs. There is already talk at the Central Ministry level of financing solar via the bank branches and the Regional Rural Banks. Initial meetings and top level honchos have met, with the MNRE officials, and they have been mandated to send the message downwards to the branches. While things are yet to change at the branch level, one often wonders ……What if each bank branch was mandated to finance 100 KW of solar power each year. Where would this lead us ?

The plain arithmetic of this is mind boggling !

7,600 MWs of solar power added to the country’s capacity every year and the biggies have not even stepped in.

Is 100 KW difficult to finance ? Not really, if we consider an average sized branch – it can benefit from about 8-12 KW of SPV plant itself for its own captive consumption. With each branch catering on an average to around 1800 customers, being able to offer this proposition to 20 customers of this lot, should not be difficult since the bank would have access to repayment capability. Financing this, would be in the bank’s interests in any case ( even if its on preferential interest rates).

Imagine if this becomes policy or mandate for the next 10 years. Remember that grid parity can be achieved by 2017 according to experts, and we believe that timeline shall get crunched even more. So financing and offering this post 2016-17, should be a compelling proposition in any case.

Now, if this can provide 76,000 MWs of decentralised energy generation, this is equivalent to producing about 110,000 MWs via power plants and distributing (taking into account, various T & D losses).

Financing solar in India truly is the key to unlocking solar potential in India.

Bangladesh’s progress in microfinance is well known. But the application in Green Banking has been a new innovation. Many homes in off-grid areas have used microfinance loans to install solar panels.

Bangladesh is home to one of the fastest-growing solar home industries in the world. IDCOL, a government-owned intermediary, with support from the World Bank, has installed more than 3 million solar home systems. This has been enabled access to energy.

Around 13 million people are now getting solar electricity – around 9 percent of the population. Another 3 million more are set to be installed over the next few years and the market is growing.

In my interviews in Bangladesh last month I found that, in many places, solar energy has saved people money compared to using kerosene lamps. There are also health benefits – using solar electricity prevents indoor air pollution from burning kerosene.

Electricity allows children to study in the evenings and has supported small businesses, like cottage industries in garments.

In 2009, the Central Bank launched its own 200 billion taka ($25 million) renewable energy re-financing scheme for solar panels, biogas and waste treatment plants, to encourage the growth of these markets.

There could be lessons for other countries in Africa that have huge populations lacking grid access. Rahman has joined an advisory council at the United Nations Environment Programme in its enquiry into the design of a sustainable financial system.

Rahman’s own life story is an interesting example of social mobility and inclusion, as he worked his way up from being the son of a rural farmer to Governor of the Central Bank.

The Central Bank has introduced bank accounts that can be opened with a deposit of just 10 taka (about 9 British pence), giving millions of poor farmers an opportunity to open up an account. All this has been enabled by the mobile phone revolution in Bangladesh.

These farmers, who have moved from the ‘unbanked’ to the ‘banked’, are now able to take bank loans instead of borrowing from informal moneylenders who charge high interest.

Access to finance can also help rural farmers become more resilient to disasters. As extreme weather events may become more frequent due to climate change, steps like these can help build resilience.

In a world where public faith in bankers has been tarnished by the financial crisis, Rahman’s reforms are rightfully being recognised as a global success story from the world of banking.