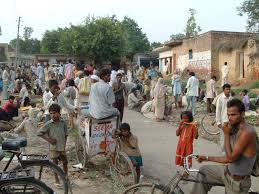 In 2013 one of the very moving headlines of BBC was “Indian Village gets Electricity after 65 years, Villagers blame apathy of government for such a state”. These headlines would have definitely hurt the respect of several Indians because they were true but very few would have decided to do anything about it, especially the ones who are responsible for it. The lack of access to electricity in our country which is the basic indicator of rural development does not only show apathy but also the absence of any development needed for a civilisation. In many aspects we Indians are still at the phase of establishing a civilisation be it at the social or economic front, years backwards to our other counterparts.
Over the years several namesake programmes have been launched to bring electrification but they have massively failed. The UPA government after much fanfare had launched the Rajiv Gandhi Grameen Vidyutikaran Yojana in 2005 to bridge the urban gap and bring steady electricity to the rural areas. The scheme had targeted to provide access to electricity to all households by 2010, but it only saw deadline extensions and even provision of free electricity to BPL households was not achieved in any state. Rural electrification is not just to certify villages as being electrified or not but the major challenge is the establishment and maintenance of distribution lines and transformers. Till now the electrification programmes have been only “Show Offs”, achieving targets by grid extensions. One such statistics is that In 1990 , only 40 % of India was electrified as against 75% in 2012 but what is alarming is that even with the sharp growth in rural electrification there is little increase in actual power consumption in rural areas. The faster pace of electrification has not changed the life of an average citizen much. In fact in most states the per capita consumption of electricity has shown a fall. Madhya Pradesh, which has been projected as a model of electrification, with nearly all its villages electrified by 2011-12, shows a fall of 0.4 units in rural per capita consumption of electricity.

As of 31st March 2015 , there are still around 20,000 un-electrified villages in this country, and just to make it clear Un-electrified means that the population in these villages have never even lighted a bulb in their homes. 60% of India’s population lives in the villages , that is around 114 million households. Until and Unless benefits of development are brought to this section of the society, India will always remain just a developing country.

Another major hassle in rural areas is load shedding, in load shedding an entire feeder is switched off for about more than 15 hrs at a time ,which effects hundreds of household at a time. Electricity in rural areas is not only needed for domestic use but also for agricultural purposes. Another issue affecting the villagers is the lack of regular and reliable supply, most villages get the so called single phase power supply whereas most irrigation pumps need a three phase power supply, thus the agricultural output also gets affected.
The need of the hour is meaningful electrification where villages get actual service provision and not constant load shedding, at least as suggested by the Hindu, the government must start with 98 % supply during peak hours, if even this is not met then a village is not typically meaningfully electrified. Energy services are essential for both social and economic progress for a community,nation and society and without it none of the millennium goals can be achieved.
A research paper by a leading NGO, clearly highlights that Access to electricity in rural areas has been regarded synonymous with rural electrification, implemented through the extension of the grid. The problems of high transmission and distribution losses; frequent disruption in supply of grid power, practical difficulties and financial non-viability of extending grid to remote and inaccessible areas; dispersed population in small villages resulting in low peak loads, poor financial health of the state electricity boards, etc. are plaguing the rural electrification programme in India. Furthermore, there is a large body of evidence to show that the centralised system has not been able to balance demand and supply, resulting in inequities and environmental degradation, leaving over 40% of the Indian rural population with no access to power.
With the above said problems the government must work towards concrete solutions where there is better implementation, more monitoring and accountability, Holistic inclusion and Decentralisation of electricity. The New NDA government seems committed to the cause with major funds allocation on their way through the new Deendayal Upadhyaya Gram Jyoti Yojana where they are aiming for separate feeders and funds for both agriculture and rural domestic consumption. Though the Government seems to be on the right track it is still early to comment. In the end the major battle for any government will remain not just to electrify villages but also to energise them.

An Article by Anisha Ahuja

Sam is an energy enthusiast who follows changing and developing trends in rural energy scenario, often applying fresh insights to solve the complex energy access scenario. He stays in New Delhi, India - and often travels deep into the villages to get his insights.